Electronics retail giant, Jacky's, has over four decades of worldwide operations. From its humble beginnings in Hong Kong in 1970 , Jacky’s Group of Companies has come a long way to become one of the leading international traders in electronics and general merchandise in the Middle East, Africa, South Asia and the Far East.

Jacky’s ability to adapt to the needs of the changing times is an important factor that contributes to its success. The company manifests its acumen and will to take vital decisions during critical occasions; its progression from wholesale to retail; the expansion from single to multiple retail outlets; acquisition of distributor rights for important international brands; entry at the right time into potential markets in the Gulf, Africa and Asian subcontinent; and the evolution of Jacky’s as a brand to reckon with. 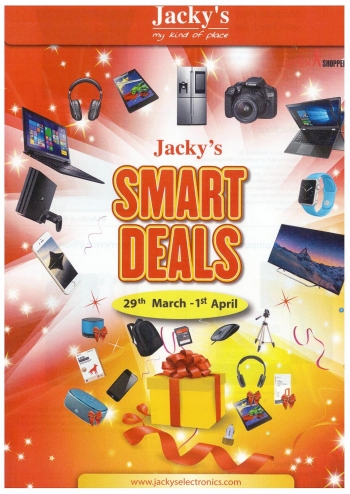